“The Avengers sure was a fantastic movie, but what would be really great is if there were a videogame,” said no one.

In response, Ubisoft and Marvel said Thursday that they will release Marvel Avengers: Battle for Earth this fall. While the announcement did not contain any details as to what type of videogame this would be, the two platforms should give us something of a clue: Kinect and Wii U.

Thursday’s announcement says that the game will be “motion-controlled” and include 20 characters like Iron Man, Hulk, Captain America and Thor1.

The game is not based on the Joss Whedon-directed film but instead “inspired by iconic Marvel comic artwork and the Secret Invasion storyline,” according to the announcement. THQ was working on a proper Avengers movie tie-in game, but shuttered the project last year. 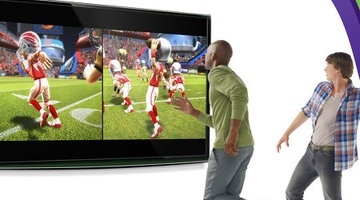 The new system will also include a cross-game compatible heart-rate monitor and it would appear that Microsoft, is looking to make a bigger play with Kinect in the exergaming space, as sources have told The Verge that Microsoft will be updating the Xbox 360 dashboard soon to add a cross-games exercise tracking system called Kinect Play Fit. The company will also be releasing a heart-rate monitor accessory for Xbox 360, code-named Joule, that will work with the system.

Joule will be compatible with most Kinect games, but is not necessary to use Kinect Play Fit. Players will be able to keep track of their exercise, see detailed metrics, and upload their data into the cloud.

The Verge did not receive a concrete release date for Kinect Play Fit or Joule from its sources, but it’s entirely possible that the company may reveal its plans at E3 2012 coming in June, next month. 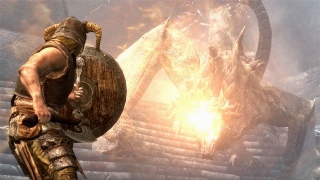 This week, you’ll get the chance to put your deep knowledge of the Tamriel dragon language to good use as Kinect support for the Xbox 360 version of The Elder Scrolls V: Skyrim is due for release. No longer will you be bound to button presses and menu browsing. Starting May 1, you’ll be able to shout “Fus ro dah!” and “Sort by weight!” at your Xbox 360 to remarkable effect.

For those not intimately familiar with dragonspeak or the 200 voice commands that Kinect support will bring to Skyrim, Bethesda has a handy guide.

Bethesda has released a helpful PDF that lists hundreds of voice commands in English (and Dragonian) that might make your Skyrim adventuring easier. Bethesda says that the French, Italian, German, and Spanish versions are in “final testing” and do not yet have a release date.

If this all just sounds way too crazy for you, maybe you should watch this video showing Skyrim’s Kinect support. Perhaps it will make you a believer. 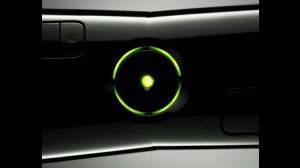 The rumour-worm has turned full circle. The cycle is complete. Not to be left out of the fun, Microsoft is now ruminating on the make-up of Xbox 720, reportedly code-named Durango.

There are a lot of capabilities in Kinect that people haven’t used yet” (the next twelve months will apparently be “really interesting”). Would it help if Microsoft built Kinect into the next Xbox? Surely developers would have more incentive to wrangle with the hardware then?

Yeah, I think so. There are a lot of 360 owners out there right now who don’t have a Kinect, but there are a lot that do have Kinect. We’d love to have everyone on 360 incorporating it, but we don’t know what they’re going to do with the next console.

I think it’s about making as much of the core technology available to everybody who’s engaging with the platform. A game like Mass Effect for example, if you knew that everyone who played that game has the same capabilities as Kinect owners then we’d see a lot more of the Kinect integration.

That built-in Kinect would lead to more “intelligent” games. “Once we know that we can rely on it, we can integrate it into the game at a much deeper level.

Do we think it’s a good idea, of course, when will we see it, that still to be determined. Right know, all we know is that the Xbox 720, it’s just out of our finger tips…. Or Is It??

Microsoft CEO Steve Ballmer has announced that the company will begin selling its Kinect gaming accessories for Windows in twelve countries worldwide from February 1 for $249.99.

The announcement, that was made during Ballmer’s keynote speech at the Consumer Electronics Show (CES) today, was confirmed up by an announcement on the Kinect blog which provides futher details.

LAS VEGAS–There are those who believe that Microsoft will drop the mic in its final 2012 Consumer Electronics Show appearance, after bringing down the house with the first official word of the oft-rumored Next Xbox. This speculation comes despite the Xbox 360 still being the dominant console in North America, from both a hardware and software sales perspective.

Kinect 2 will take one more step toward sentience. Should it exist, that is.
While a full console unveil is a bit of a long shot, Microsoft is likely to have a few announcements up its sleeve for CES 2012. As it pertains to the company’s Xbox division, updated statistics for its console and the Xbox Live online network are safe bets, along with new initiatives on bringing original television to its entertainment box. And on the fringe of possibility, Microsoft could use its limelight to trot out a new hardware iteration for Kinect.

Unofficially dubbed Kinect 2, the device is said to be sophisticated enough to read lips. Rumors also suggest that the motion-sensing peripheral can assess a player’s emotional state and determine which direction he or she is facing. Of course, those same rumors suggest Kinect 2 will be a key part of Microsoft’s next console.

Beyond Xbox 360, Microsoft will likely talk about its new operating system Windows 8, as well as advances on the Windows Phone front.